Trento and the Church (es)

Trento and the Church (es)

The city of Trento is carrying the DNA of the Catholic Church, which can be seen in the most important buildings of the city.

For centuries, Trento was (and still is) bishop’s seat, moreover also the Council, which was named after the city, took place in Trento and this had made of the city one of the most important centers of the so-called counter-revolution.

Today the numerous churches and sacred buildings in the city, the most important of which are listed here, reflect the importance of the church.

If you would like to get an overview of the ecclesiastical Trento, the Diocesan Museum is the ideal starting point. In the oldest bishop’s residence, world-class sacred works are preserved and exhibited here.

The exhibition in the museum shows the range from the 11th to the 19th century thanks to outstanding paintings, sculptures, tapestries, clothing and manuscripts. The heart of the museum, however, is the equally rich and splendid cathedral treasure, which undoubtedly contains the most valuable and interesting exhibition objects of the diocesan museum.

Just a few steps from the diocesan museum is the Cathedral of Trento dedicated to Saint Vigilius. It is the most important church in the city and has been extended and changed step by step over the centuries. Today, it includes

Without doubt the Cathedral is the religious center of the city, for which one should take a little time to take a closer look. It is worth it!

Although the cathedral is by far the most important of all the churches in Trento, the city still has a whole lot of other interesting church houses. There would be the Church of San Francesco Saverio in the Via Roma, which is characterized by a magnificent organ and numerous sculptures and paintings. The Church of Santa Maria Maggiore, built of red and white stone, is also worth a visit. For the organ built in 1928 parts of the original one, from the year 1536, were used. 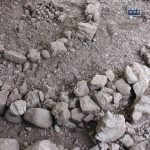 Discover the Trento of the RomansCulture 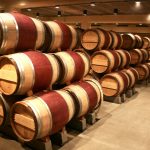 Wine tour through the TrentinoCulture
Tel
Map
This site uses cookies and allows the setting of third-party cookies. If you continue navigating, you agree to the use of cookies.OkLearn more